Posted on September 25, 2013 by byrnesurfaces

The keying of lime plasters and renders is I suppose, best done in a criss cross diamond pattern, you see it everywhere on old buildings, and this can be done with a scratcher made from sharpened laths or maybe a flat piece of wood with 4 or five triangular teeth cut into it. Or you could buy a metal wire scratcher as used by modern plasterers.

However, a lot of modern plasterers scratch their plasters and renders in a series of (often) wavy horizontal lines. Of course, there’s always the edge of the trowel brigade who, as if prompted by a latent instinct somewhere deep in their brains, make a few narrow criss cross token incisions.

On a visit to Dougga in northern Tunisia I found what I think is Roman keying, admittedly, it could be a decorative pattern but as the picture highlights it has been rendered over and so could be an example of local practice but as the city had at least an 800 year history refurbishments and alterations must have been widespread. And yet…

A scratcher made from stiff twigs a bit like a besom is extremely effective at both keying lime plasters and compacting. If the sticks are dragged horizontally across the render it both keys and compacts, used in a sweeping action it can be used to remove rogue high spots too. The keying pattern is very similar to the Dougga example, another method of compaction is to beat the render and I have read of this practice in connection with earth mortars and pargetting.

However, a bunch of twigs is surprisingly difficult too acquire, especially a bunch that doesn’t break up over the period of a day so I have started using a wire scratcher, and yes I often scratch in horizontal lines, and it too compacts the render.

I have even found a secondary use for it – it is good at teasing out the tangled horse hair I get from the stables.

As for Roman keying – I saw not one trace in either Pompeii or Herculaneum or even Chedworth Roman Villa. Has anyone seen any?

Theres a picture of whats claimed to be keyed daub from around AD63 but it looks more like a decoration to me as its a very regular decorative pattern. check it out:   http://xcavate.blogspot.co.uk/2012_05_01_archive.html 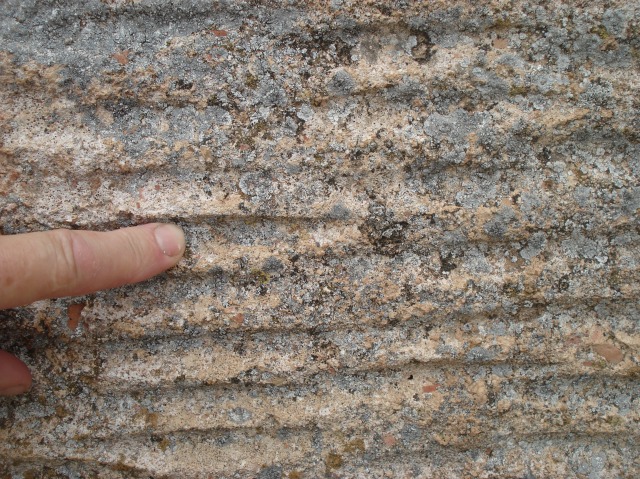 is this keying and is it done with twigs? 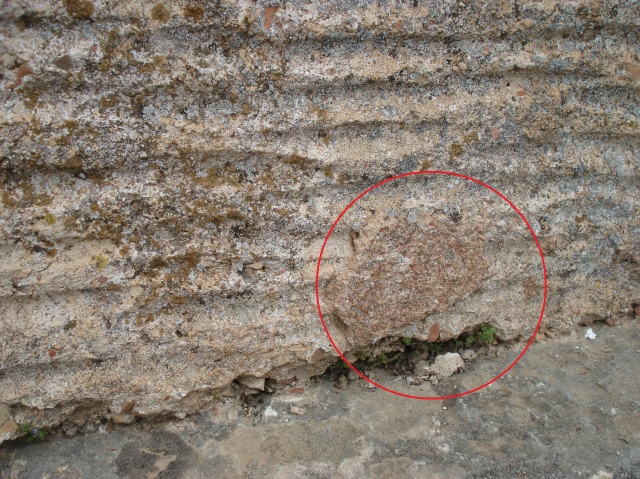 or is it a decorative pattern later rendered over?

conserver and repairer of historic surfaces
View all posts by byrnesurfaces →
This entry was posted in Lime Plaster, technical stuff. Bookmark the permalink.